Publications of the UB Support Program for refugees

Documentary short film directed by Pau Faus and produced by Nanouk Films, with the support of the Barcelona City Council and the collaboration of the University of Barcelona.

It collects the actions that the UB and the Barcelona City Council carry out to ease refugees’ access to higher education. Specifically, the film focuses on the experience of Shahd, a student who, after fleeing from Syria, was able to continue her vital and educational career in Barcelona thanks to the UB Support Program for refugees. While Shahd tells us about the war, how she has remade his life in Barcelona and her future, we accompany her in the preparations for the next concert of Orpheus XXI, a band launched by Jordi Savall and formed by refugee and immigrant musicians.

Subtitles are available in Catalan, Spanish or English.

“Mare Nostrum: Europe in the face of the refuge crisis” exhibition

The exhibition shows photographs by Xavi Herrero and Raül Clemente, and it analyses the causes and consequences of the violation of the human rights of refugees and migrants arriving in Europe. It is part of the project “Mare Nostrum. Local solidarity, dialogue and plural construction of peace from exile” by the UB Solidarity Foundation, carried out with the support of the City Council of Sant Feliu de Llobregat and the funding of the Catalan Agency for Development Cooperation.

Technical characteristics of the exhibition: 17 panels of 70 x 100 cm. You can request it at solidaritatub@ub.edu. 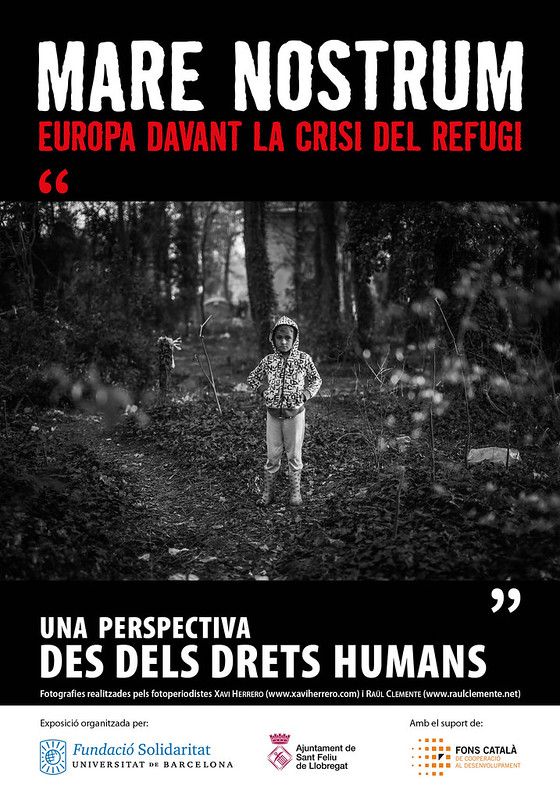 Based on testimonials from students participating in the first edition of the University Transition Course. It is part of the World Refugee Day 2017.

Breaf explanation of the Support Program of the University of Barcelona for refugees and people coming from conflict areas, and its main lines of action. Available in Catalan, Spanish and English.