2019 Report of the UB Support Program for refugees

During 2019, within the framework of the UB Support Program for refugees and people coming from conflict areas: 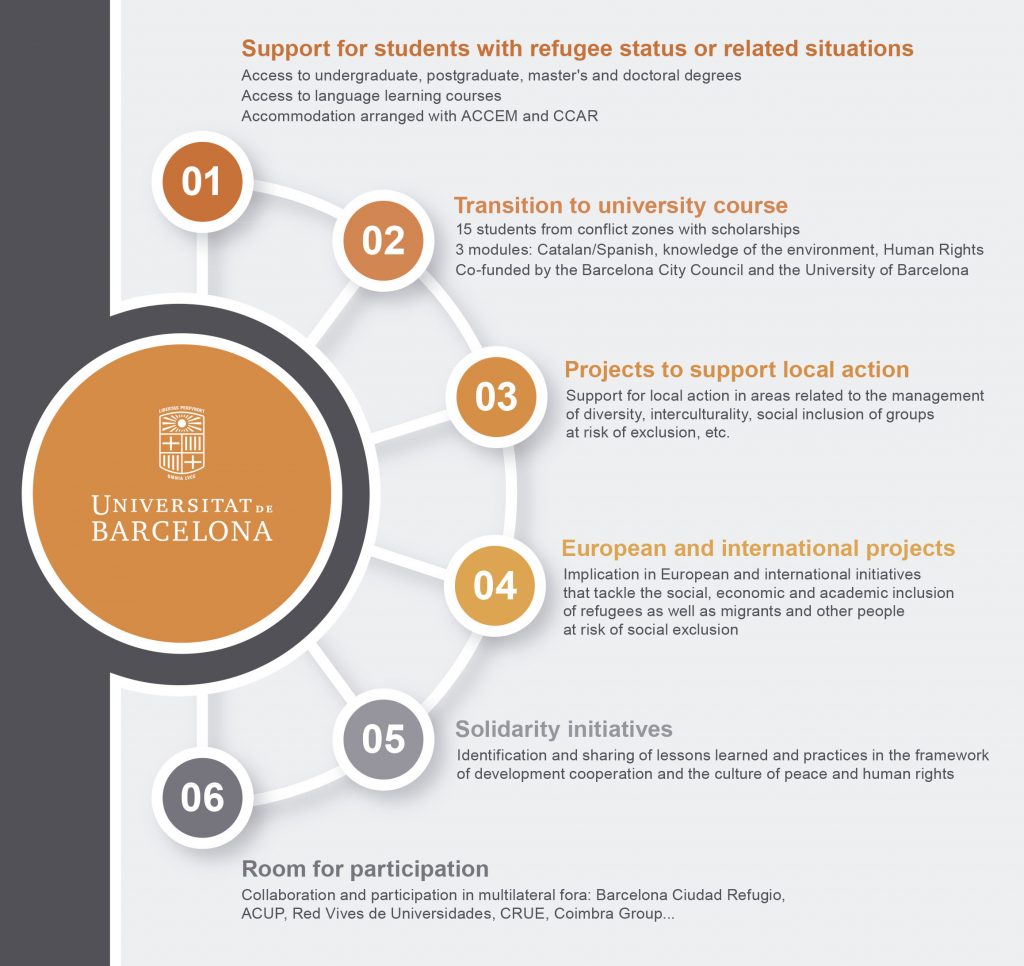 – 6 action lines have been developed.

– A total of 33 people have studied within the framework of the program, and more than a hundred have been able to benefit from socio-educational integration actions. In September 2019, 15 more people have been selected for the third edition of the transition course to the University.

– The second phase of accommodation has been deployed, which involves the transfer of students from the residence hall, where they live during the first months, to shared flats. Since January, four students have been sharing a flat in L’Hospitalet de Llobregat. Since March, two flats have been incorporated in Viladecans, one financed by the City Council and the other by AGBAR.

– Specific training has been provided in the field of job search; one organized by Nestlé (February 2019) and the other, on curriculum preparation and interviews, in collaboration with the SAE (March 2019).

– Intense networking has continued, whose main outcomes are:

– intraUB networking: Concretion of actions and collaborations with 20 groups, departments and areas of the University of Barcelona. For example, agreements have been reached with the EIM and the SAE to improve access to training and instruction for foster students, and with the dret al Dret program to improve legal support.

– Link to the associations movement: Contacts and collaborations with 21 local, national and international entities. For example, with the organization EXIL (specialized in the emotional management of traumas associated with violence) for the improvement of psychological support.

– Participation in the program launched by the Generalitat de Catalunya for the reception of Syrian refugee students from Lebanon.

– Presentation of the Program, and of concrete proposals of action in the field of the reception, to the annual meeting of the Commission of Internationalization and Cooperation of the CRUE (February 2019, La Laguna).

– Sponsorship of the UNIRUN race by one of the students of the Program, to which the funds collected in the registration are destined (March 2019, Barcelona).

– Presentation of the Program at the round table “The role of universities in the integration of refugees: experiences and challenges” of the seminar “Borders, education and refuge”, corresponding to the II Meeting of Spanish Universities and Refuge (June 2019, Murcia).

– Presentation of a work proposal within the University Development Cooperation (CUD) Action Group with refugee population in the framework of the CUD Congress (September 2019, Madrid).

– It has had the support and funding of: 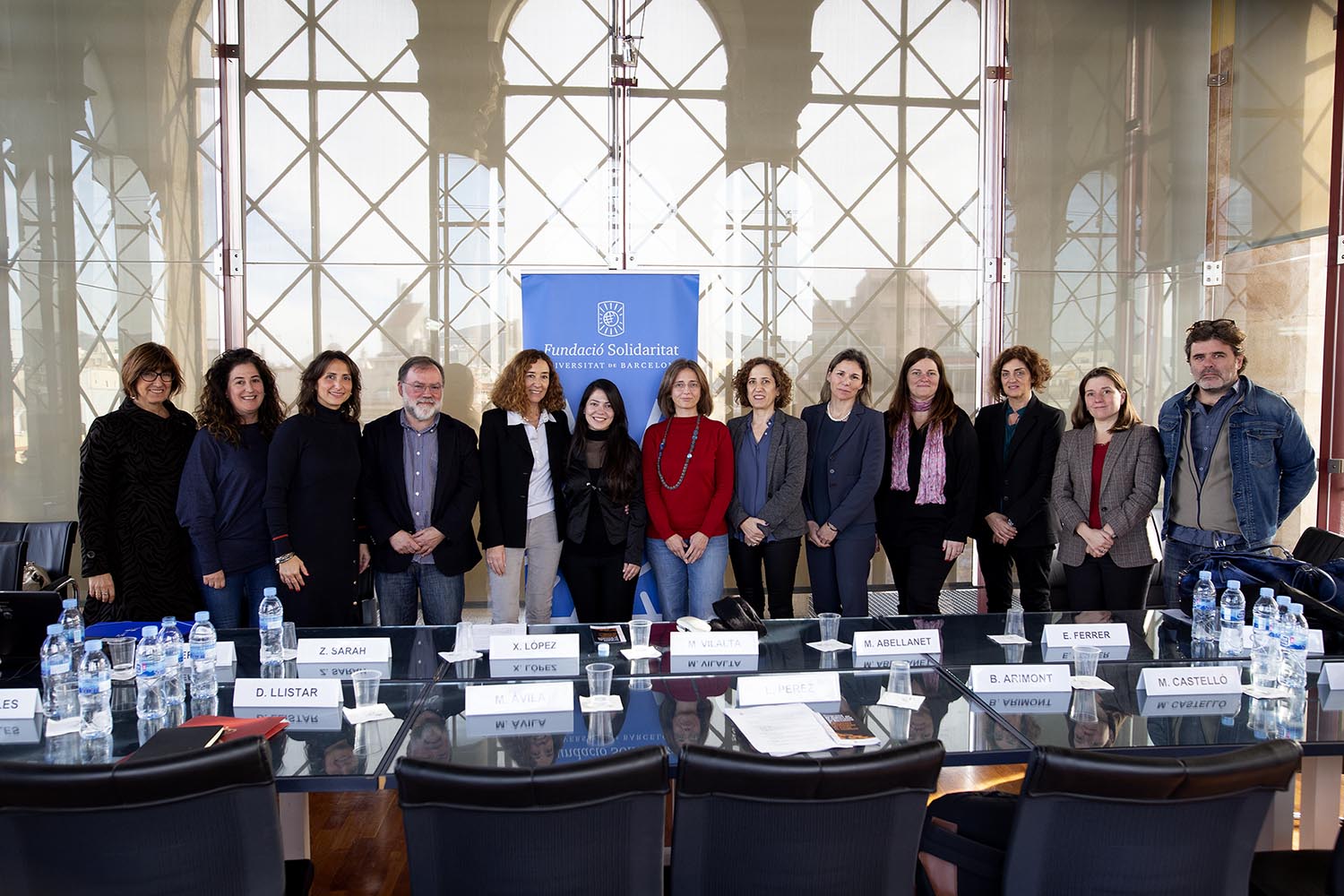 – The Barcelona City Council, in the frame of the project Vías Seguras Alternativas (VISA) for refugee students (2018-2020), which renews and expands the agreement of 2016, to launch the first two editions of the transition course to the University. During the first half of 2019, we prepared the third edition of the course, the call for which has been disseminated through an agreement with UNHCR Lebanon. In September, the candidates were selected according to their situation of vulnerability in terms of human rights.

– Nestlé Spain, which offers to those benefited by the UB program two paid internships (one per semester).

– The Campus CETT-UB and the Fundación Gaspar España-CETT, which make available to those benefited by the UB program an annual scholarship to undertake one of its postgraduate courses. 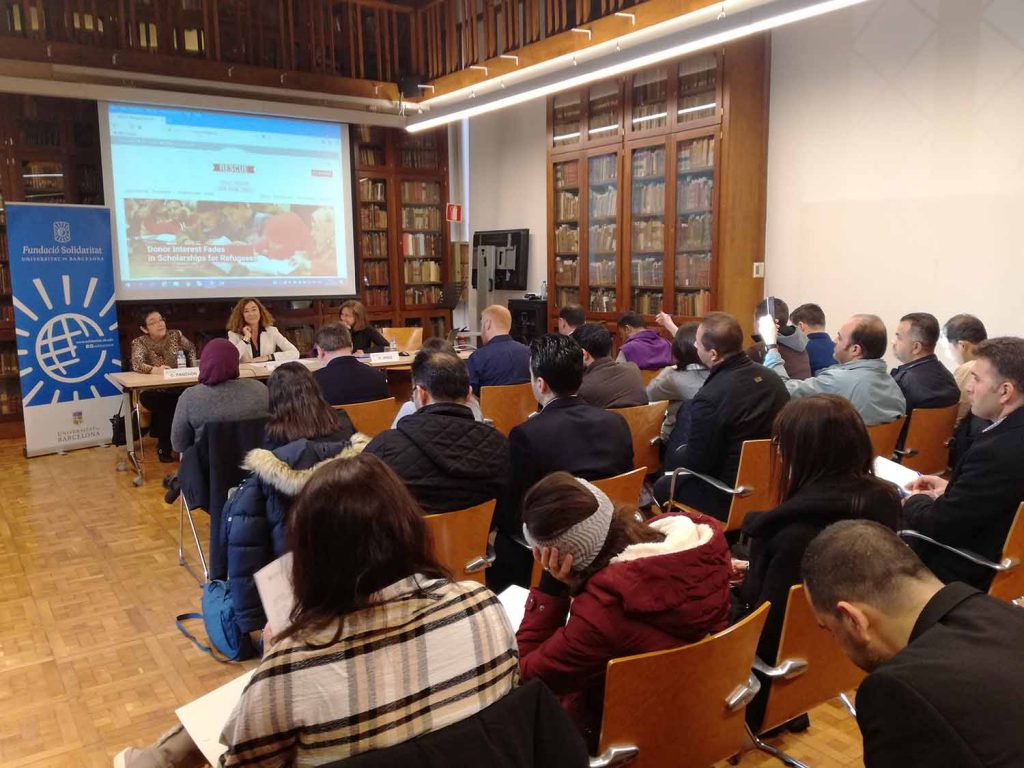 For the next two years, the European Uni(di)versity project has been approved, which seeks to develop the social responsibility of European higher education institutions in promoting the social inclusion of migrants and refugees.

– A project for the social integration of unaccompanied refugee children through sport has been designed and evaluated on the ground (November 2019, Greek island of Lesbos). The initiative is carried out with teachers and students of the Master of Physical Activity and Education of the UB and in partnership with the University of the Aegean.

– The Diversity Prize, given by the ACATHI association (Migration, Refuge and LGTBI+ Diversity), has been received in recognition of “the inclusion of LGTBI+ refugees within the Program”.